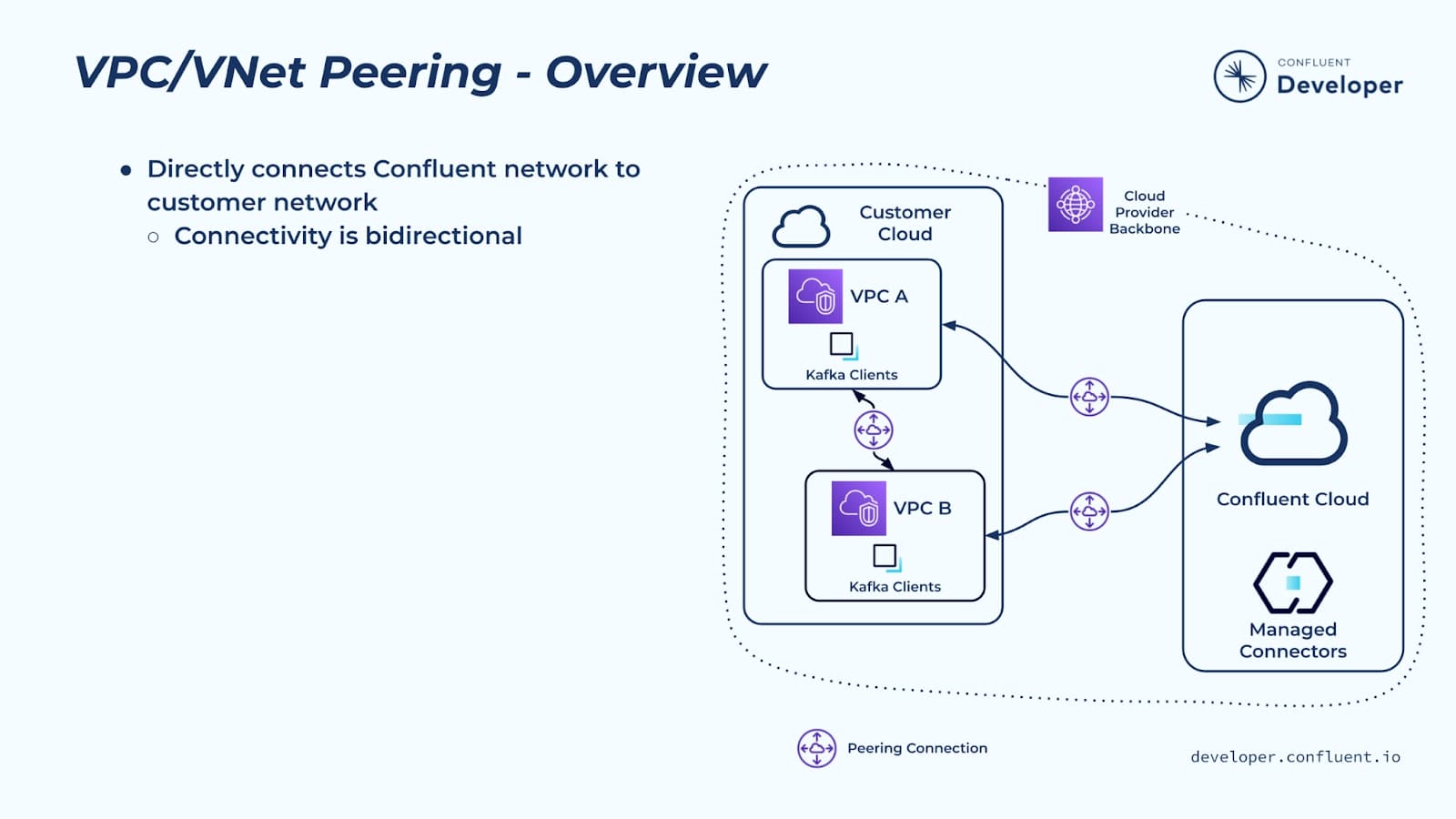 The first private networking option for Confluent Cloud is a peering connection. All of the public cloud providers—AWS, Google, and Azure—allow you to create peer connections between VPCs or VNets.

There are three main requirements in order for Confluent Cloud peering to work.

The Confluent peering network has a number of benefits: 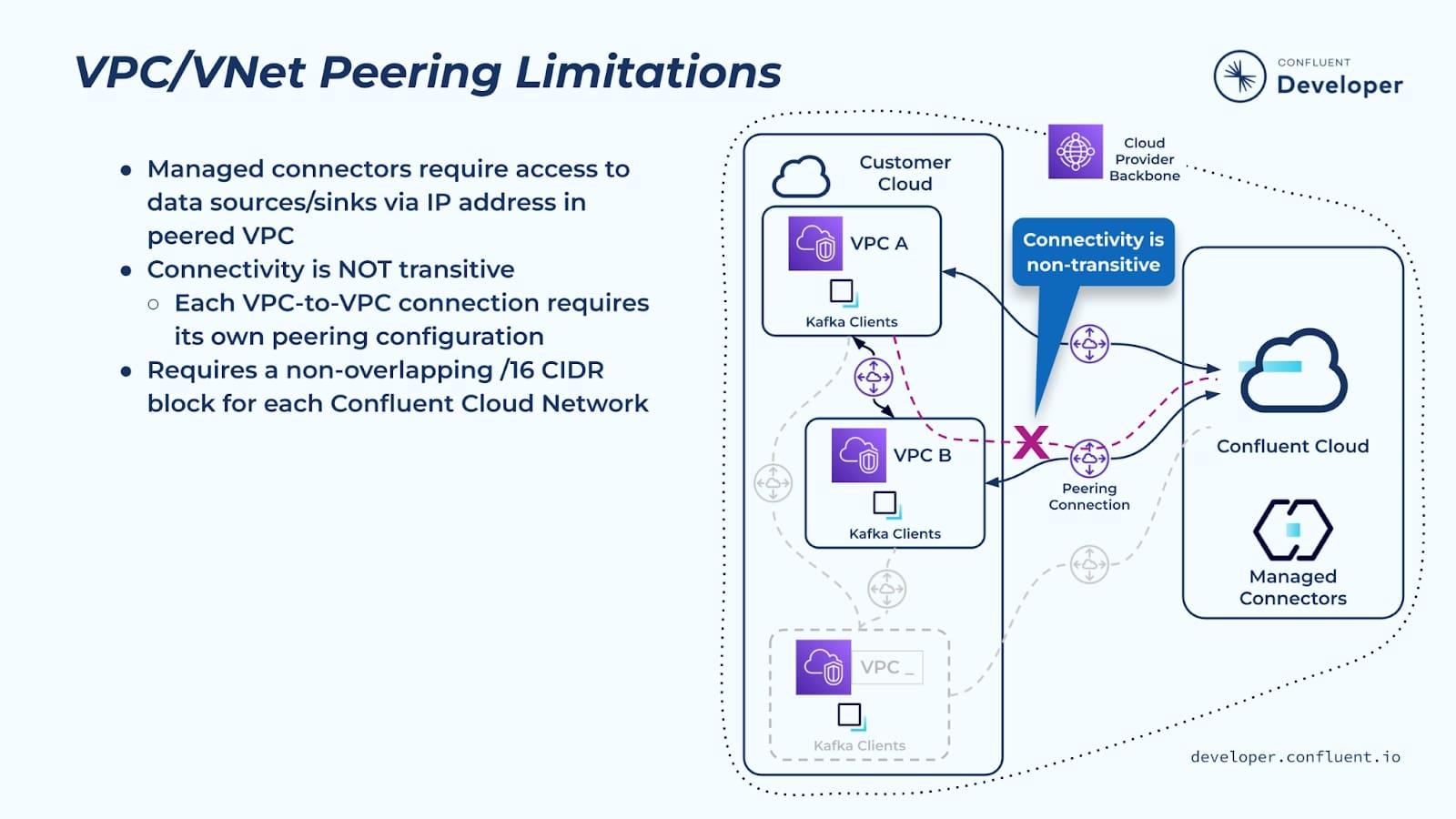 There are a number of limitations with the Confluent peering network to be aware of.