The workflow of Schema Registry includes:

In this module you will learn about the workflow of using schemas. This workflow starts with writing schema files, adding them to a project, and leveraging tools such as Maven and Gradle to generate the model objects that schemas represent as well as register and update them in a schema registry.

More detail of how Protobuf works is in the next module. 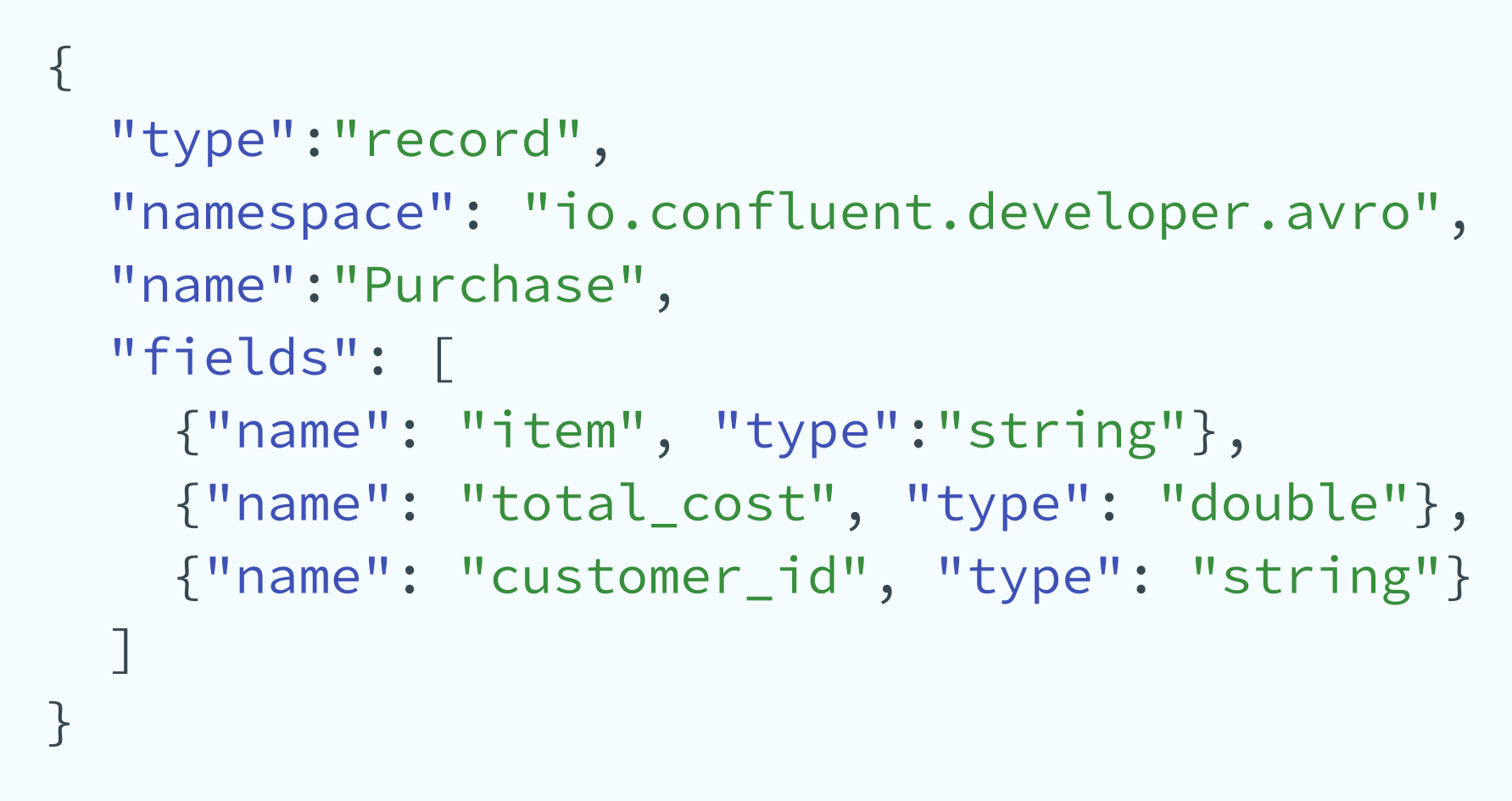 Next, let’s examine what the same schema looks like using the Avro format. Notice that it’s defined in JSON format.

More detail about Avro is in the next module as well.

Placing Schema Files in a Project 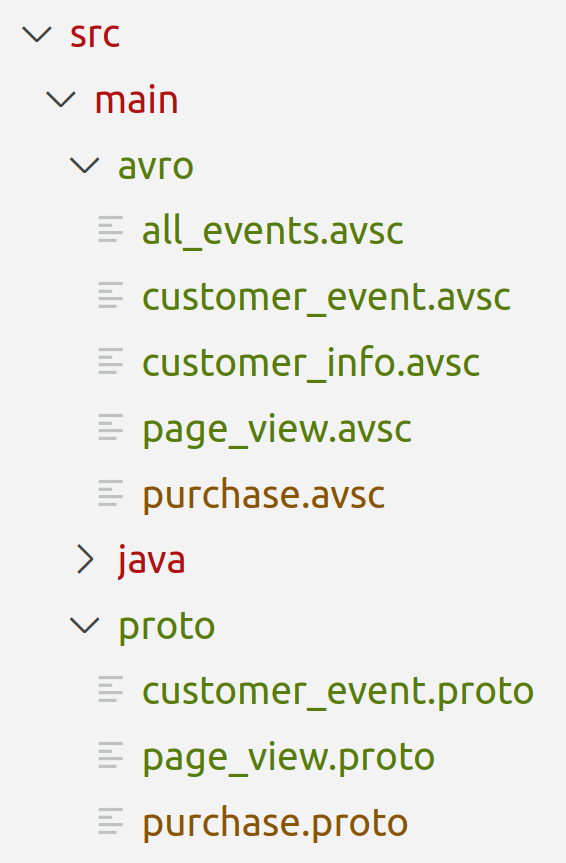 The schema files you write need to go in your project somewhere. In this course the Avro schema files go in the src/main/avro directory and Protobuf files land in src/main/proto.

Once you’ve written your schema files you will want to generate the model/data objects from the schema files. Fortunately, there are plugins available, either Maven or Gradle, that can integrate into your local build.

This course focuses on how to configure and use the Gradle plugin. In the upcoming exercise you will configure a build.gradle file to use with Avro and Protobuf schemas.

We should note that Schema Registry supports JSON Schema as well, but that’s more of a specification while Avro and Protobuf are full serialization platforms. As a result the tooling is much better for these two versus JSON Schema. JSON Schema will be covered when we go in-depth on the schema types, but the rest of the course sticks to either Avro or Protocol Buffers.

Let’s now do a quick walkthrough of a Gradle configuration file. The plugins section is where you identify the plugins that will be used when running Gradle scripts. This example includes plugins required for working with Schema Registry.

Here’s how the Protobuf plugin is set up. The generatedFilesBaseDir points to the directory where the generated files land.

The upcoming exercise will use the Avro plugin defaults so the gradle.build file doesn’t contain configuration settings for it.

Here you have the schemaRegistry configuration block for the Gradle schema registry plugin.

Generated Files in a Project 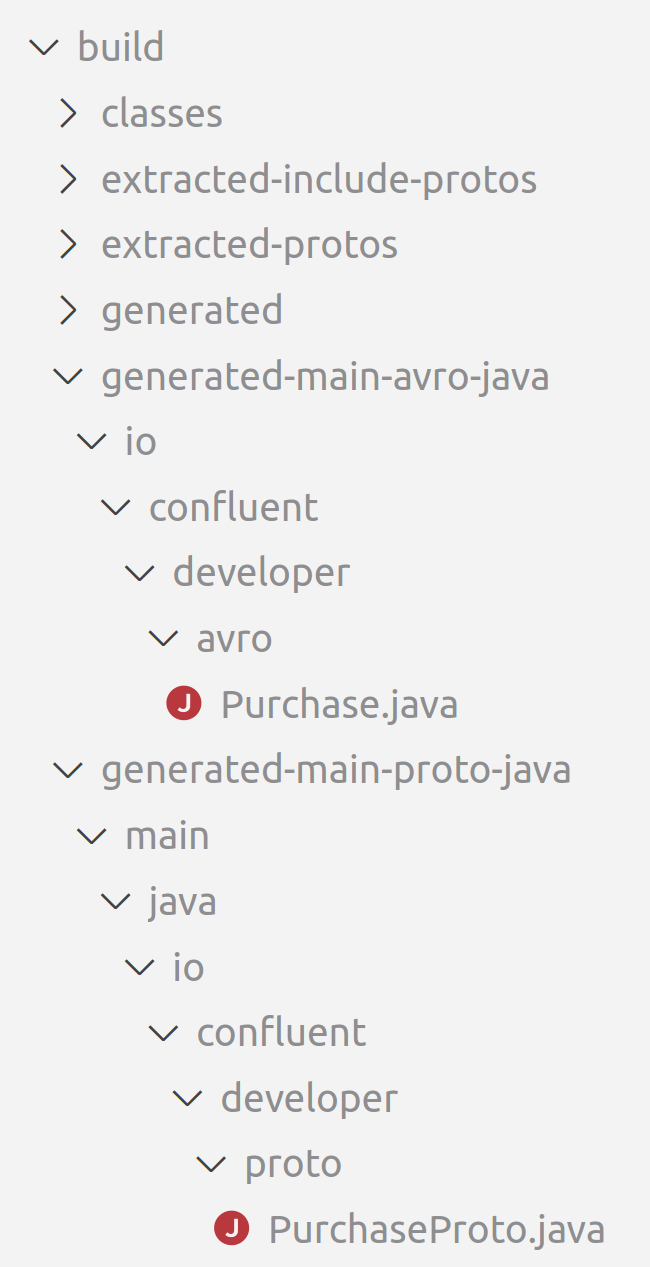 To generate the objects from schema files, run the ./gradlew clean build command. This will generate the files seen in this illustration. Note that the files shown here don’t necessarily reflect what you will see when you go through the exercise that follows.